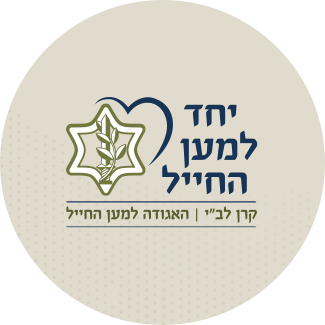 Yahad – United for Israel’s Soldiers combines the LIBI Fund and AWIS (Association for the Welfare of Israeli Soldiers). Yahad is the portal and sole avenue through which donations can be made direct to IDF soldiers and IDF units. Yahad – United for Israel’s Soldiers is also the leading organization conducting activities for the wellbeing of Israel’s soldiers.

In 2015, more than 70 years after the Association for the Welfare of Israeli Soldiers (AWIS) was founded, and 35 years after the establishment of the LIBI Fund, these two organizations amalgamated into one stronger and more purpose focused organization where 100% of its operations and donations are geared to benefitting Israel’s soldiers.

Donation recruitment efforts are funded by the Ministry of Defense, which allows us to ensure and commit to 100% of your donation going to our soldiers based on pre-set targets and the IDF’s priorities.

Heading the amalgamated organization is General (Res.) Yoram Yair, known as Yaya, who holds the position on a fully volunteer basis. His activities are run through three primary branches:

Our operational focus is to benefit the IDF’s combat soldiers, lone soldiers and soldiers from special populations. First and foremost, we aim to ensure that no soldier feels alone. Over the years we’ve assisted and embraced thousands of soldiers serving in the IDF and are who are far from their families.

We activate a sleep-over system that provides a warm home to thousands of soldiers in our Soldiers’ Homes and in 150 apartments spread across Israel. at Rosh Hashanah (New Year) and Passover we grant gift vouchers to every lone soldier or soldiers from other sectors who fulfill the entitlement criteria. We host a combat battalion every week for a “cohesion week” of shared vacation and consolidated as a group at the Recreation Village in Ashkelon. We provide furniture and electrical appliances to needy families of our soldiers. We fly lone soldiers home to visit their families abroad. We hold special events during Jewish festivals and days of national importance. And we run additional diverse projects, all of which aim to support these populations.

Every year the organization sets up hundreds of recreational spaces, relaxation areas, synagogues, gyms and cultural halls on IDF bases across Israel for our soldiers’ wellbeing. The organization is proud of its “Adopt a Combat Soldier” project which sees Israeli businesses and donors from abroad adopt an IDF combat unit or battalion. More than 200 successful adoptions to date strengthen the connection between the general public with special focus on the business sector, and the IDF.

We operate the “Yoter” (More) club, the only consumer club for soldiers fulfilling compulsory military service, which provides them with gifts and benefits before, during and after their military service.

Over 2,000 volunteers operate in about 90 local Yahad branches in Israel, making it possible for Yahad to realize its goals. The soldiers encounter our volunteers at the end of their military exercises and at beret graduation treks, at bus stops and transportation stations, where they’re received with a smile, a drink and a pastry.

We’re inviting you to join forces with us. United for Israel’s Soldiers. Volunteer or donate and take part in our vital activities. 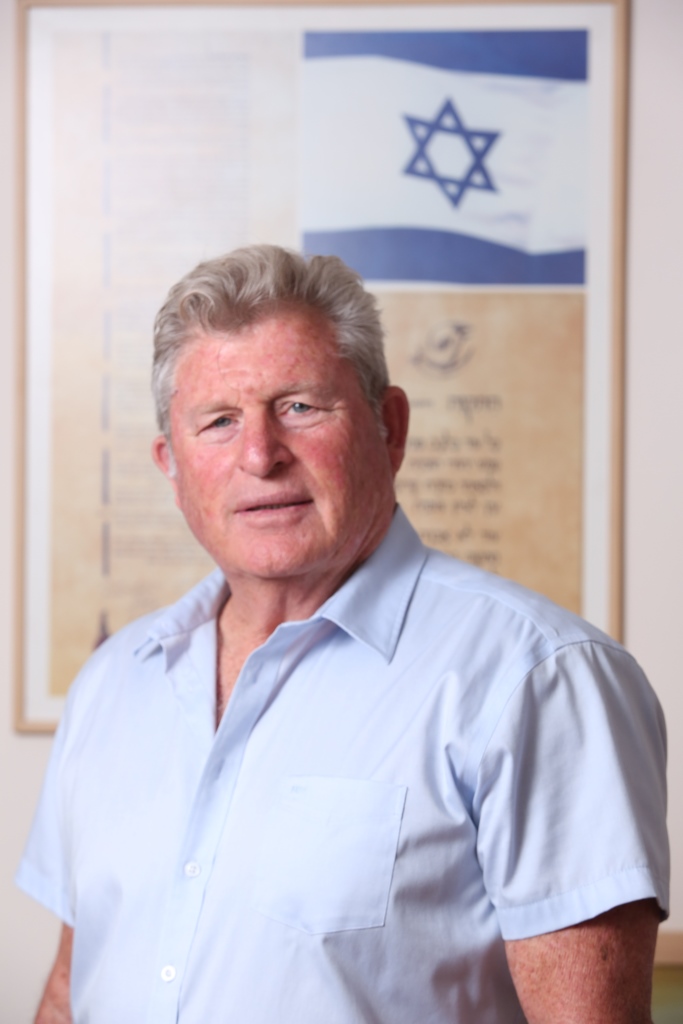 Born in Kibbutz Ein Hanatziv, Yoram Yair was raised and educated in Tel Aviv. The majority of his military service was with the paratroopers, starting as a company commander and advancing all the way up to division commander.

General Yair was the commander who led the paratroopers breaking into Sinai during the Six Day War, the Paratroops Battalion commander in the Yom Kippur War, and who fought in the battles halting enemy progress in the Golan Heights.

Later he and his battalion crossed the Suez Canal, leading combat activities deep into Egyptian terrain. General Yair was serving as commander of the Paratroopers Brigade when it carried out the amphibious landing north of Sidon in the 1982 Lebanon War, leading his forces to Beirut. General Yair served as commander of the Lebanon sector. In 1988 he was granted the rank of General and led the Northern Command against the Syrian front, served as head of the IDF Personnel Division, and was appointed as Israel’s military attaché in Washington.

As part of his service, Gen. Yair participated in, planned and commanded dozens of raids and operations beyond Israel’s borders.

Gen. Yair also headed the committee which formulated “The Spirit of the IDF,” a military code of ethics.

On retiring, Gen. Yair began initiating and leading social and educational activities on a volunteer basis, serving as the Chairman of the Hadassah Youth Village’s administrative board and as Chairman of the association managing drug rehabilitation villages. He also serves as Chairman of the administrative board of “Acharai”, a social educational movement which supports thousands of immigrant youth, young adults at risk, and youth from social and geographic peripheries, including youth from minorities and the ultra-Orthodox sector who are assisted in finding meaningful service in the IDF.

Gen. Yair is active in the field of business, serving as Chairman for four companies in diverse spheres, and as a strategic consultant.

He holds his BA in Psychology and his MBA in Business Management and Psychology. He is viewed as an authority on leadership and management development, lectures, and heads the “Rabin Leadership Program” at IDC Herzliya.

Since 2014 he has focused on fully merging the LIBI Fund and AWIS in order to maximize their efficiency and impact, and since 2015 has served as the active, voluntary chairman of the integrated organization, known as “Yahad – United for Israel’s Soldiers.”

Gen. Yair is married to Edna, has four children, and 13 grandchildren.

His daughter, Captain Shlomit Yair, fell in the line of duty while serving as an Air Force operations officer. 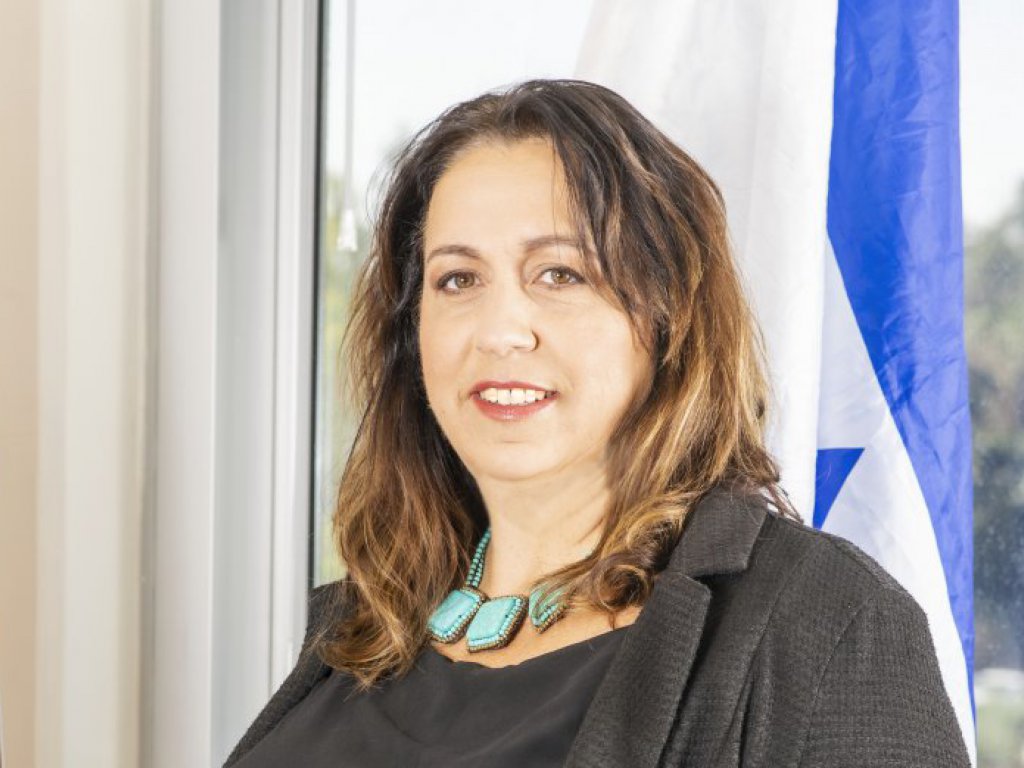 Born and raised in Beer Sheva, General Harmon served as the head of the Individuals’ Service Department in the Israel Air Force’s Personnel Division. She completed her military service in in Hatzor, Palmahim and Ovdah Air Force bases, filling roles in the fields of human resources, service conditions and operations. She additionally headed the Planning and Economy Division of the IAF HQ.

In 2012 Sharon was appointed to head the Individuals’ Service Department at the Air Force HQ. During her tenure Sharon initiated numerous projects, some enabling the reinforcement of relations with Holocaust survivors, others strengthening ties with the families of soldiers from poor socio-economic backgrounds, projects dealing with soldiers in states of stress, and programs geared to reducing sexual harassment, encouraging meaningful recruitment, and nurturing long term ties between air force soldiers and their families, with the Air Force in general. From 2012 to 2015, she served as a member of the directorate for “Hever” Consumer Club.

Following her discharge from the IDF, Sharon joined “Yahad” and in March 2016, was appointed as the fund’s VP. In May 2020 she was appointed CEO of “Yahad – United for Israel’s Soldiers.” Harmon was chosen by a commission headed by Gen. (Res.) Yoram Yair (“Yaya”). Her position was authorized by the Ministry of Defense CEO at the time, Gen. (Res.) Udi Adam.

General Harmon holds a BA in Economics from Bar Ilan University, completed with honors in 1997. Her 2009 MBA in Business Management is from Ben Gurion University.

Sharon is married, has 4 children, and currently lives with her family in Kfar Warburg. 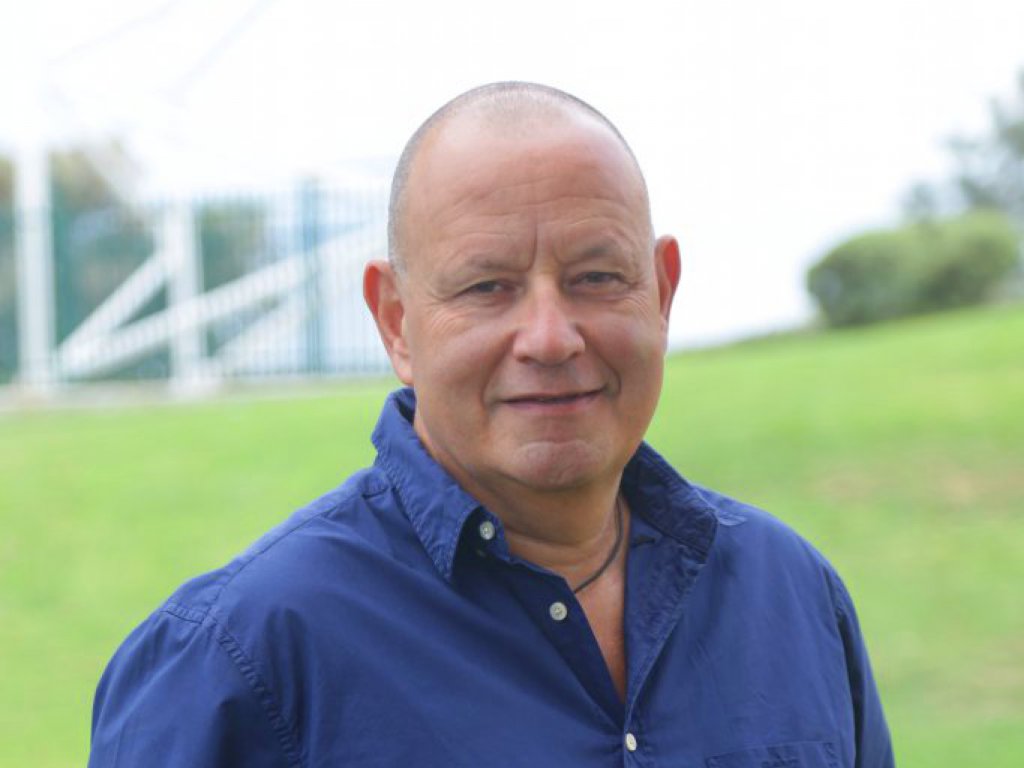 Born and raised in Kibbutz Beit Yitzhak in the Hefer Valley region, Yaron Beeri enlisted in the IDF as a combat soldier in the armored forces. He participated in the first Lebanon War. While in an armored forces commanders’ course he was seriously wounded, his recuperation extending over a lengthy period. Despite the scope of his injury he opted to continue in the career military and joined the Personnel Management Corps. Beeri filled a diverse array of field positions.

In 2001, Yaron was appointed to the role of the Northern Command’s Personnel Commander and was deeply involved in structuring the command’s infrastructure following the IDF’s withdrawal from Lebanon. In 2005, he was appointed to the Individuals’ Service Department in the IDF’s Personnel Division and served as Chairman of the “Hever” organization. During his tenure he managed and led the system for handling the individualized needs and wellbeing of soldiers in the IDF during compulsory military service; he established the reserves system and, inter alia, led and embedded “A Different Service”  program, a strategic change shortening the streamlining and diffusion process relating to soldiers fulfilling their compulsory service; he participated in consolidating the IDF pension center while simultaneously absorbing the initial recruits into the accruable pension plan; he served as a member of the directorate on the Association for the Welfare of Israel’s Soldiers (AWIS); and participated in the establishment of the “Adopt a Combat Soldier” project.

In 2008 Beeri was granted the rank of Brig. General and appointed to head the IDF Land Forces Human Resources Division where he was involved, inter alia, in developing, leading and assimilating a new perception for handling recruits to field units. He also led a program for recruiting soldiers of Ethiopian origins into land forces, and assimilating a unique economic plan adapted to recruits entering initial land forces training programs.

In 2011 Beeri was invited to join the Israel Police Force and granted the rank of Commissioner. He served as head of the HR Division where his role saw him initiate the “Considering People” program which led to an organizational perception change in the way the police and its commanders relate to others serving in the organization. In 2015 he was appointed to head the Israel Police Traffic Division, and led the reorganization processes across the entire traffic police system.

At his request, Beeri retired from the Police Force in 2016, having completed the assimilation of changes instituted in the Traffic Police. In 2017 he was appointed Deputy CEO at “Aura Investments” and in May 2019, a commission headed by Gen. Yoram “Yaya” Yair, Chairman of Yahad – United for Israel’s Soldiers, appointed Beeri as CEO of the amalgamated LIBI Fund and Association for the Welfare of Israel’s Soldiers.

Beeri served as a board member of several organizations, among them the Otzar Hahayal banking system for military staff, “Hever,” and the Association for the Welfare of Israel’s Soldiers.

Beeri holds his BA in Multidisciplinary Social Sciences from Haifa University, and his MBA in Business Management from Derby University.

Yaron Beeri is married to Ilanit, is the father of four children, and lives in Caesarea. 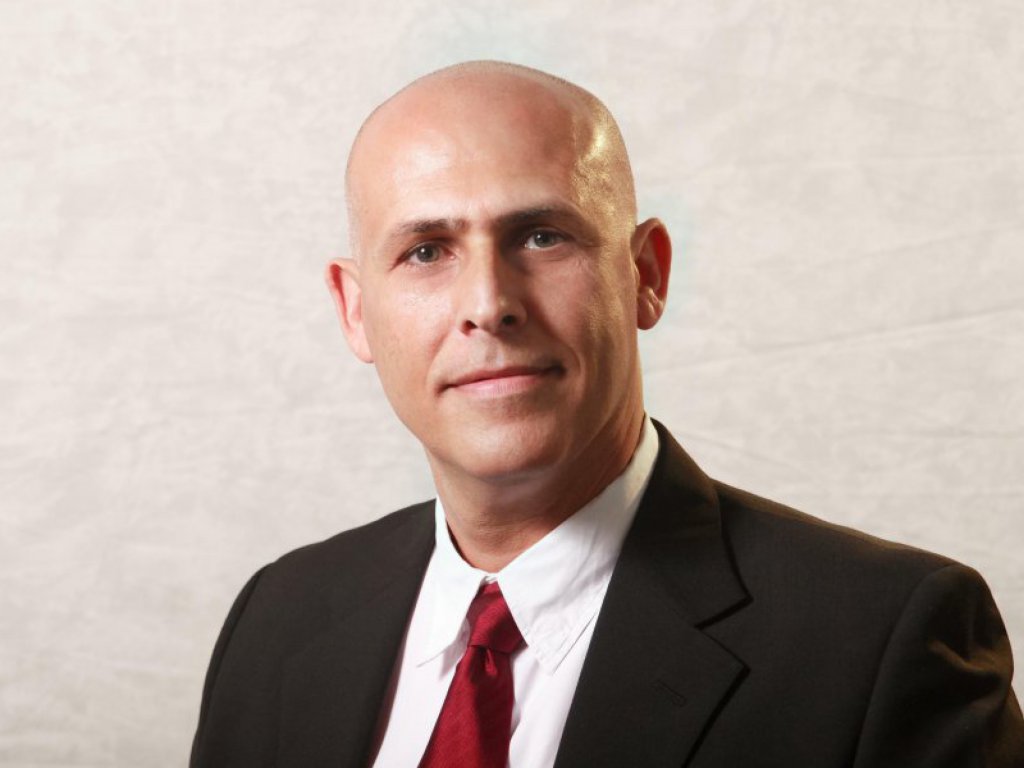 CEO, "Caveret for the Soldier"

The city of Rehovot is where Tzvika was born, raised and educated. He is married to Celine, has four children and two granddaughters.

His approach is that the individual makes the role and not vice versa.

His strategy is based on building foundations as the infrastructure for growth and development.

His objective is to create equality among the IDF’s soldiers through a wide range of products and attractive prices.

The photos shown are for illustration only. Photo credit: IDF Spokesman, newspaper in the “bamahane”,  Yahad – United for Israel’s Soldiers,  LIBI Fund and AWIS  (Association for the Welfare of Israeli Soldiers),E&OE.